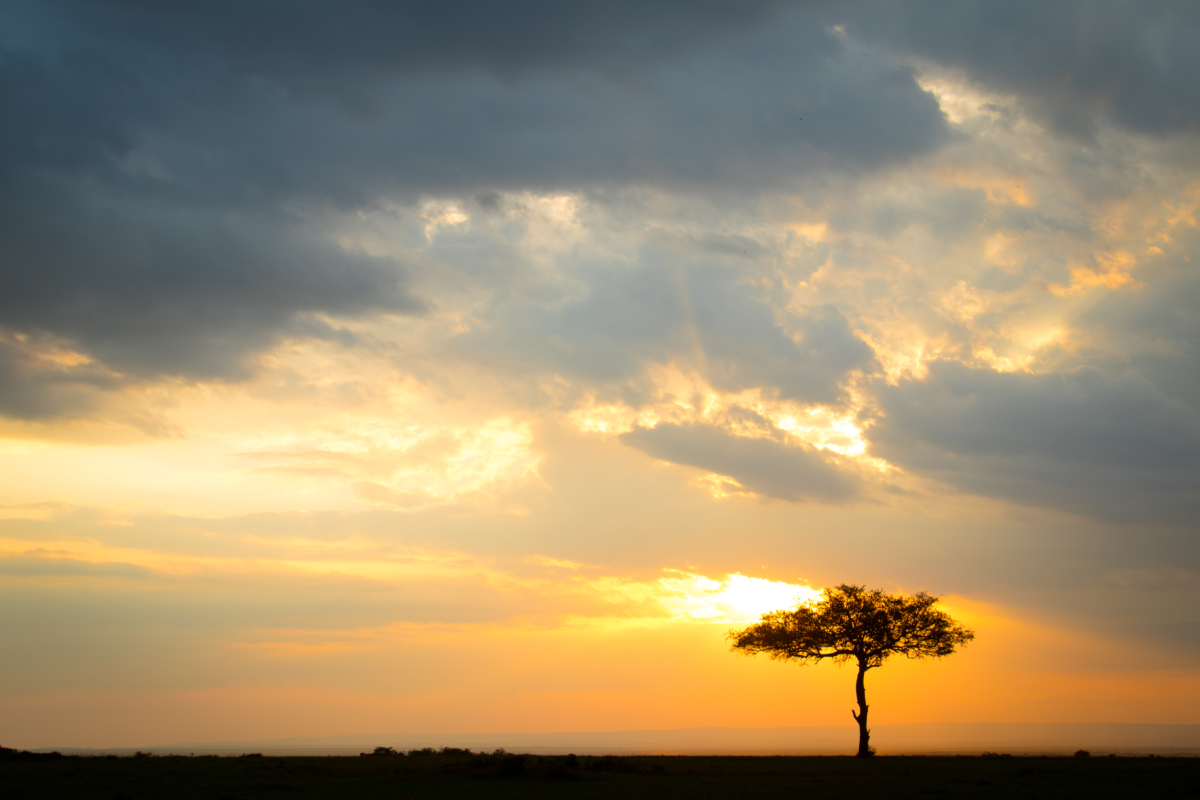 In 2009, I got big and brave and made my first journey to the African continent. I was travelling solo so decided to go on an overlanding truck where I would be with other people and everything was organised. Plus, safety was paramount. One  portion of this journey was from Capetown, South Africa, right up to Nairobi in Kenya.

On this adventure, I met Loes, a lady from Holland who would come to be a special friend. She, too, was travelling solo. Maybe that’s why we connected as we did. Over the weeks of travel we laughed a lot and shared life experiences. She told me she had just finished treatment for cancer and this was her treat to herself. Her father had not long died of cancer and she wanted to make the most of life.

Along the way I came to learn the special places that inspired her the most and, at times, I would see her taking quiet moments on a river bank or under a tree somewhere. I thought, at those times, she was most likely thinking about her health, her life, and her Dad. I let her be. Sometimes she would wander off on her own and take photos of beautiful things or places then we’d chat about them later. She particularly liked sunrises and sunsets.

The overland trip ended in Nairobi. I had plans to stay another seven days and join another company to see a bit of this new country. Loes was going back to Holland the following day – a decision she came to regret! She wasn’t needing to go back to work so it would have been easy to change her flight and stay another week. It wasn’t talked about at that point so we said our goodbyes as she was leaving early the following morning for the airport.

I continued my safari in Kenya which included two nights in Maasai Mara. For whatever reason, I felt I had been there before even though it was, in reality, my first time. I declared then I would return to this magic place (and now, of course, it is like my second home).

When I returned home to New Zealand, Loes and I continued to keep in contact on Skype. I raved about how beautiful the Mara was and she was kicking herself that she didn’t stay and join me. We declared that we would make a plan and go back together one day. She kept up with her regular medical tests to make sure she remained in good health.

In 2010, Loes decided to come and visit me in New Zealand and see the country I lived in. She wanted to see the world and do as much as she could. She travelled the length of the country from the bottom to the top. I was with her for the bulk of that. On our overland trip in Africa, we had also met two kiwi women who we spent some time with. One was living in Wellington so we stopped off and visited with her and reminisced about Africa. The other was in Australia so we had planned to fly there for a week after our trip around New Zealand was finished. This we did, and she got to see and experience a bit of that country too. Loes parted company there and flew back to Holland. I flew back to New Zealand.

Later that same year, our kiwi friend in Australia won a photo competition that was being run by the overlanding company we had travelled with together. The prize was a trip of her choice that the company offered. She invited me to accompany her – which I did. We went back to South Africa and did a safari from Johannesburg, up to Kruger and finishing in Capetown. We added on a two week wildlife conservation course at a private reserve before flying back home. I recall mentioning how Loes would have loved being there too.

Once we were home, we both kept in contact with Loes in Holland. We came to learn in 2011 that her cancer had returned and she was again needing invasive treatment. I followed her journey through conversations on Skype and we uplifted our prior conversation about planning that safari in Kenya together and, especially, to the Mara. She constantly regretted not going with me in 2009. She had hoped all would be well and the treatment would work as it did the first time.

The conversations had come to an abrupt end and I feared getting the email from her girlfriend that she had died. I got that email. In it the friend shared Loes’s last days before her passing. Two days prior, Loes’s friends had pushed her, in her wheelchair, outside into the sun and asked her “Where would you like to go?”.

Loes replied, “Take me to the Mara to see the lions”. That was her final wish!

You can imagine the heartbreak!

In 2012, the following year, I came to win a competition run by that same overlanding company in Africa that we had originally met. Was it coincidence that my prize ended up being the exact same trip that Loes and I had done in 2009?

Through Loes’s friend in Holland, I sent a message to her family requesting that perhaps I may be able to have some of her ashes to take back to Africa. I knew her family spoke no English so couldn’t contact them directly. And I didn’t know what their beliefs were in regard to ashes after cremation.

Time passed with no word so I believed that nothing would be forthcoming. I set about getting organised for my trip. Just days before I was to leave, a package arrived in my mailbox. It was the ashes !! I carefully placed them in a special part of my luggage and told no one – fearing they may be taken off me.

And so the safari throughout Africa began- that very trip Loes and I had first met and done together . When we came to the places where I knew she had enjoyed the most, I would wait for everyone to get off the truck and go exploring and I would hang back so I could get the ashes out of my bag. I would place a small portion in the palm of my hand and take a photo with the backdrop included. My intention was to, at the end, send the images back to her family. The family had sent me a copy of her funeral sheet so I did the same images with that. Later, these images became a treasure for her family and I was told they couldn’t stop crying.

I did this right through the countries we had visited – South Africa, Namibia, Botswana, Zimbabwe, Zambia, Malawi, Tanzania to Kenya. I recall sitting at a waterhole in Etosha, in Namibia, one evening. I had decided this would be one of her special places as we had both spent quite some time there together. At the specific time I scattered her ashes, a breeze blew up from nowhere. I knew she was there!

But, because she hadn’t visited any of Kenya, I had purposely kept the last portion of ashes for the Mara. I had to find a special place. It wasn’t easy as I had to find somewhere where Loes would be able to see the lions and where she would have an unspoilt view across the plains. I only had a set number of days and I had to get it right.

I finally found that place – under this tree. Loes can see all the animals. She can see a vast, open view. She can see the birds. She can see her sunrises and sunsets. So, here I scattered the last remaining ashes.

Whenever I go to Mara and stay near that tree, I pass each morning and say Hi to her. Then give thanks for my day when we pass back in the evening. Last year was the first time I had stopped for picnic lunch under that tree. I sat at the back of the van in the quiet. Loes had a bird she particularly liked – the Lilac Breasted Roller. One of these same birds flew into the tree and sat on the branch above my head chirping. At the same time, a breeze came from nowhere. I knew she was there.

I took you to the Mara to see the lions!