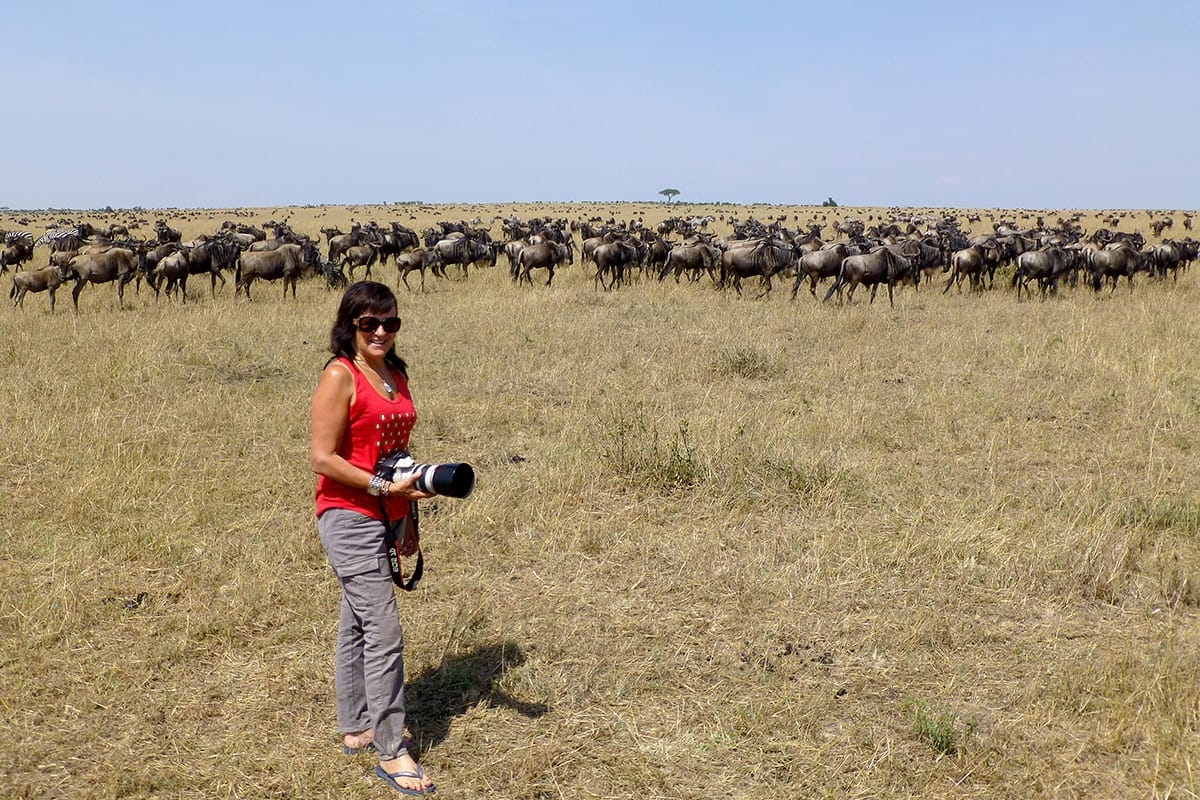 Growing up on a farm in Arapohue, Northland, New Zealand, it was inevitable really that I would run around outside with bare feet. Even to this day I am not an indoors kind of person. The fresh air and sunshine is still my favourite space as I enjoy the wild places of Africa.

My first journey to the African continent was in 2009 when I travelled overland through ten different countries. Since then, except in 2011, I have revisited annually and extended two more African countries within my visits. My horizons have broadened each time to include not only travel, but two volunteer wildlife conservation programs. My passion now lies with Kenya and this is where I base myself for six to seven months of the year.

Some years back I formed a Facebook page to show my wildlife photography. It grew to the stage where I was asked if I did safari tours. At that point, hosting tours had not entered my mind. After some thought, however, in 2014 I ventured off with a friend to see if I could do this. It was the beginning of where I am today. In 2015 I formed my own safari company specialising in handcrafted safari itineraries for people around the world. This has now gone on, through fine tuning those experiences and my own, into offering packages for those that prefer that option.

When I’m not hosting safaris with guests, I am out doing my wildlife photography. My images have been recognised in numerous publications globally through two media companies I am involved with in England. I have been published in a magazine in India and I have also been chosen as a finalist in several international photography competitions. I have been featured in two New Zealand magazines plus two TV appearances. All of this centred on what I do in Africa, where I started and where I am today.

I look forward to where this journey leads me!