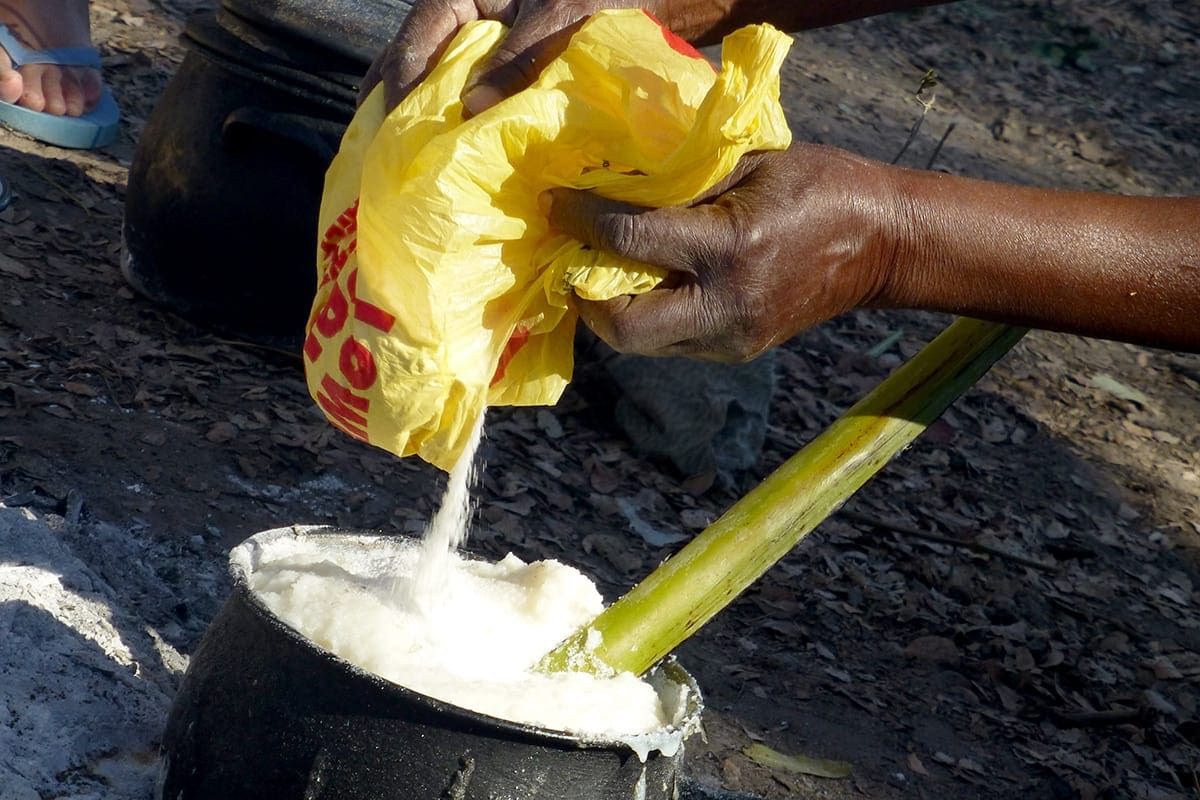 We leave the greenness of Capetown behind and head NW towards the Namibian border. Theres a new crew , a new truck and new fellow travellers. The landscape quickly changes and becomes dry and arid. After a stop at a local winery we eventually arrive at the border.

Our first night is on the banks of the Orange River. Its a gorgeous spot. An early morning canoe up the river the next morning is an option so off I go. Never done it before so I’ll give it a go. Only went into the reeds once so thats not too bad is it ?? The water is calm and theres lots of bird life…very serene.

The next day is a walk on the rim of the mighty Fish River Canyon…the 2nd biggest in the world. Its hot and dusty but an awesome sight. We arrived at our accommodation in the dark after driving over some of the most hideous roads imaginable. We are treated to what is known as a ” Namibian Massage ” !!! I feel like every bone in my body has gone out and come back in again 10 times over. One is not right in my neck and the manager of the establishment kindly puts it where it should be ( sorry Martin…had to be done ). Would you know it ???? theres 6 kiwis in the restaurant . This place is in the back of beyond and theres people from home !!

The dunes of Sossusvlei are totally amazing but to get there to see the full effect one needs to be there as the sun rises. Its worth it !! A photographers dream and ever changing with the light. I passed on climbing Dune 45 though and took photos instead.

After crossing the tropic of Capricorn , we arrive in Swokopmund. Its cold and damp after being in temperatures around 30 deg only a short time beforehand. Its the adventure capitol so options are awaiting. I choose to go quadbiking in the Namib Desert sand dunes. WOW….soooo much fun . I thought it wouold be a slow ride but NO…its hard out up and down the dunes. At half time we park the bikes and sandboard. I thought the dunes at Opononi were fast but nowhere near as fast or as big as these ones.

A real treat for me was visiting the Himba tribe and learning about their culture. We arrived at sunset which accentuated their skin colouring. I had taken some bubbles for the kids and was quickly inundated with them trying to get them out of my hands. I was surprised at how strong they were !. After a cultural lesson to learn their ways of being , I asked if I could have my face painted as they do and was allowed the priviledge of one of the ladies doing it for me. They use ochre and buttermilk. The guide took a photo to put in his book because he said he hadnt seen anyone do that before. It wasnt easy to get off but it was necessary as I didnt think the hotel owners would appreciate a red pillow the next morning.

Etosha National Park would have to be the most beautiful place so far in respect to viewing the wild animlas. They are prolific here and very easy to see. Zebras and elephants like you would not believe. How great it is to see them wandering free in their own environment and to be part of their space. Theres great expanses of openess and they coulodnt care less about us. Photo opportunities are endless here and its one place I would love to come back to .

The Okovango Delta in Botswana is another such place that needs to be experienced. While we were unlucky to not see hippos , we could certainly hear them. Right outside the door in the water grunting away. Twice during the day we were taken in mokoros ( dug out canoes ) to Chiefs Island and walked amongst the bushes looking for wild animals. There are lions here too and its more than a little unnerving wondering how our guide would ever save us if one appeared as he has no weapon. Thankfully we didnt have to find out. We did see animals but they kept their distance. One night a big bull elephant decided to swim across from the island and crash the palm trees only metres from my tent. Apparently he comes every 12 days looking for palm nuts. Theres no stopping the beast as we found out.

Botswanas NP is Chobe and here we are treated to great views of our much awaited hippos from the Chobe River cruise. Game is prolific here too especially elephants. Soooo much to see and do .

Soon we will be in Zimbabwe….